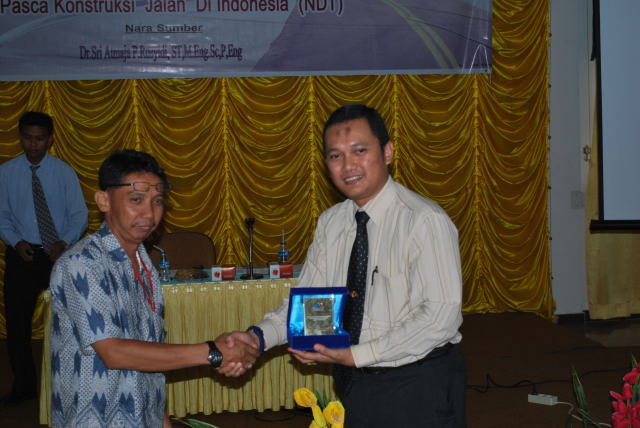 Abstract: The need of accurate, cost-effective, fast and non-destructive evaluation of Indonesian pavement system is becoming ever important because the rehabilitation and management of roads is becoming increasingly difficult due to the increasing number of aging roads and limited budgets.  An important feature of quality assessment of a pavement management system is the ability to determine the current condition and to predict future condition of the pavement.  In order to establish the structural capacity of the existing roads, accurate information of the layer elastic moduli and thicknesses are needed. The aim of this paper is to describe the potential technique of the Spectral Analysis of Surface Wave (SASW) method for assessing the dynamic stiffness of constructed pavements.  The SASW is a non-destructive in situ seismic technique which is based on the dispersion phenomena of Rayleigh waves in layered media.  A set of transient impact source is used to generate Rayleigh wave energy that propagates horizontally near the surface layer of the pavement.  Through two vertical accelerometers, the motion of the wave at the range of each frequency is recorded.  The phases differences from the cross-power spectrum is then unwrapped and the dispersion curve of the shear wave velocity versus wavelength are then generated.  An inversion process is iteratively employed to confirm the experimental dispersion curve from the theoretical model established.  The SASW field test in this study was utilized to collect data on flexible and rigid pavement.  The wave velocity profiles had shown that the SASW method is able to detect all the distinct layers of pavement units.  The dynamic elastic modulus of obtained were found to be useful in the assessment of Indonesian pavement system. 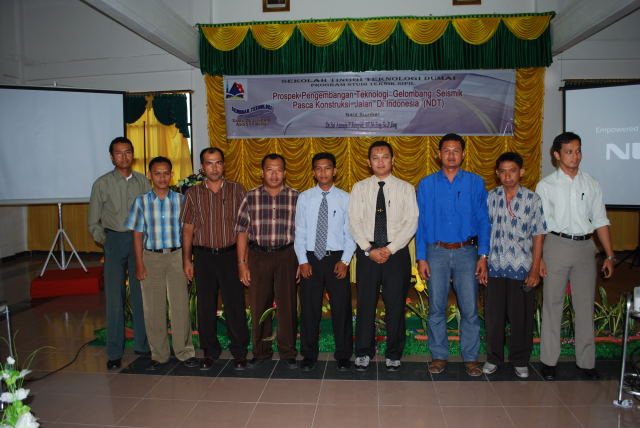 This paper was presented in “Invited Lecture” at Sekolah Tinggi Teknologi Dumai, Riau: Saturday, 26 June 2010. The paper can be download here.